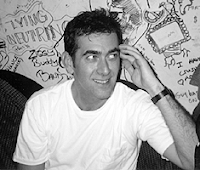 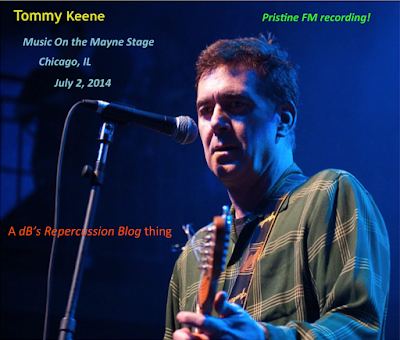 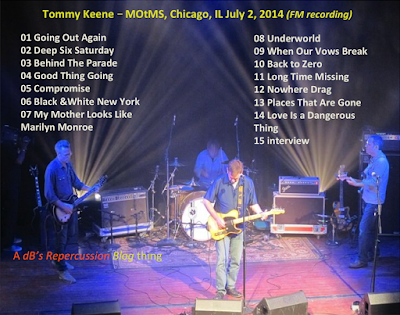 ROB SEZ: Here's more Tommy Keene goodness in memory of the tremendously talented singer, guitarist & song writer, who died just 2 weeks ago. Massive thanks to the taper & sharer (I would credit them by name ... but I've lost that info). I threw together some custom artwork. Come back soon for more...

On the fence about Tommy Keene's music?
Watch the "Deep Six Saturday" video.
The guy in the bear (?) suit is randomly goofy, but the rest of the video is thoroughly enjoyable.
From TK's 2011 album Behind the Parade.

Learn more about the music of Tommy Keene
at his web site and at AllMusic
Trouser Press covered TK's 1980s & early 1990s output.