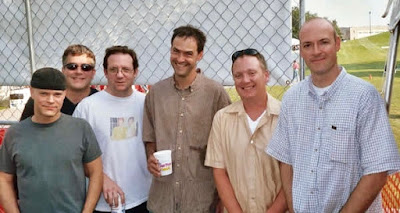 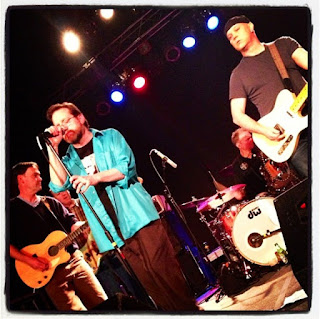 
ROB SEZ: Around here, we just like the Connells and their music. The band got going in Raleigh, N.C. and never left. Repercussion regulars Mitch Easter & Don Dixon were both involved in the group's earliest albums. THANK YOU KINDLY to the taper, and to Lee & caw for sharing.


Learn more about The Connells' music
at the band's official site and at Wikipedia
Posted by Rob-in-Brevard 1 comment: 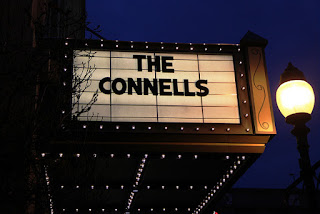 ROB SEZ: From the mid-1980s to early 1990s, many alternative music fans in the Southeast believed Raleigh, N.C.'s the Connells might break through to wider recognition & success. When MTV started broadcasting the band's videos, when "Stone Cold Yesterday" became a U.S. alternative radio hit, and "'74-'75" became a Top 20 hit in England, I got my hopes up. Alas, it was not to be. Fun personal fact: my daughter's landlord is a member of the band. SINCERE THANKS to Don from the old ASH blog for sharing. Stay tuned for another, to be posted soon... 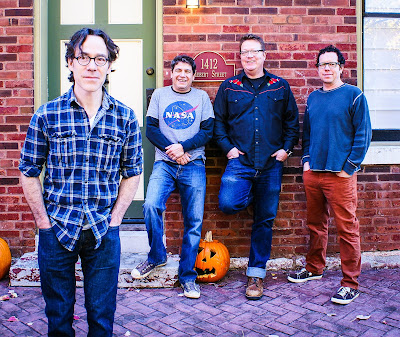 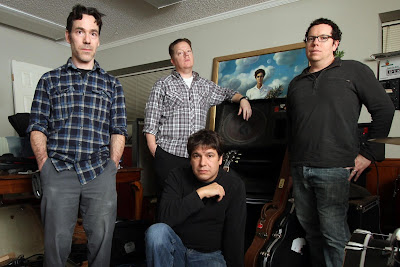 *song titles are guesses for these tracks

ROB SEZ: I'm a new fan of Five Eight, even though the Athens, GA collective has been around more than a quarter century. I'd say the band, fronted by Mike Mantione, is a hybrid of alt. rock, hardcore, and emo. If you like GBV and/or Superchunk, I recommend you check out Five Eight. Their music is not my usual cup of tea. But after several listens, I see why a National Public Radio blogger put Five Eight first on his list of "Top Five Bands That Should Be Way Bigger Than They Are". Stream the new single "Kids" (below) from the band's forthcoming album Songs for St. Jude. 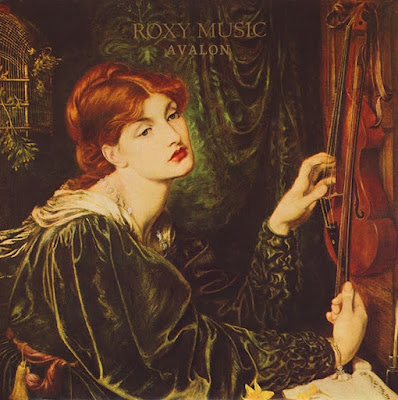 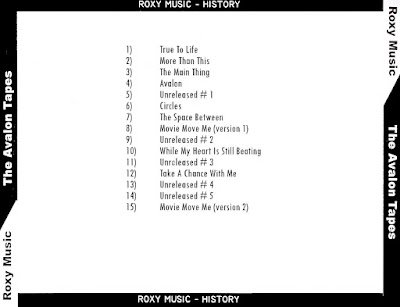 ROB SEZ: A quickie post to tide you over 'til Friday. This is for Roxy Music fans who dig Avalon, the band's final studio album. Herein are Avalon demos and rough mixes. Worth a mention: Bryan F. obviously had not worked out the lyrics at the time of these recordings, because he contributes musical mumbling ("vocalizing") along with the basic tracks & roughs. As with so many of the Tuesday posts, this one's from Don at the old ASH blog. Don has a well-received new project called I Don't Hear a Single, featuring reviews and lots of samples of new music. The musically adventurous will be glad they checked it out...
Google/ Blogger said there was a complaint about this material, so it's been deleted — sorry about that!

The Mice - Unreleased and Live Recordings

SAMPLE: "Across the Mighty Ocean" (from rare Unreleased & Live Recordings)

#1: outtake from the Scooter album - recorded & produced by Chris Burgess June 1986 at Beat Farm, Willoughby OH
#2-10, 23: from sessions for the never-completed Canterbury Bells LP. Recorded by Chris Burgess in 1987 at Beat Farm. Mixed Feb 2002 by Brendan Burke at Uberstudio, Chicago, IL
#11-20: taken from studio portion of a live show 1988-06-04 recorded by Ken Dixon in Cleveland, OH for WRUW-FM
#21, 22: vinyl rip from the band's rare first single, recorded while still in their early teens, released 1984

ROB SEZ: What's better than discovering a terrific, little-known band? That would be finding a complete set of the band's rarities, including raw tracks from a never-completed and never-released album. Call it punky pop-rock, if you need a descriptor. This set was sold exclusively (for a red-hot minute) through Scat Records’ website, a CD-R release (SCAT 72). It was quickly deleted at the band's request, and is now otherwise unavailable. Frontman Bill Fox went on to a somewhat better-known solo career, with several albums worth seeking out (see especially Shelter from the Smoke). Read a great, feature-length post about The Mice from Adios Lounge.

HUMONGOUS THANKS to Don from the old ASH blog for sharing
Learn more about The Mice's music at Trouser Press, Wikipedia & the music of Bill Fox at Wikipedia
Posted by Rob-in-Brevard 1 comment:

Email ThisBlogThis!Share to TwitterShare to FacebookShare to Pinterest
Labels: Bill Fox, The Mice, The Mice live

'An Alternative You Can Still Feel'
alt. version of CYSF? album 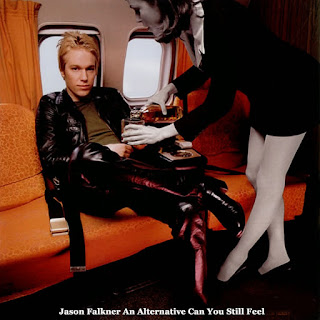 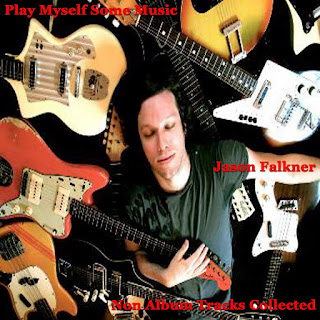 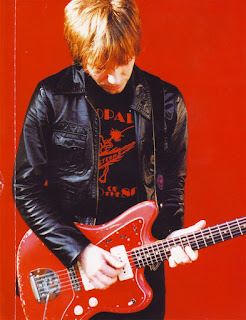 ROB SEZ: There's some overlap in these two rarities collections, which come courtesy of Mick and thanks to Don from the old ASH blog (Mick is the biggest JF fan I know of). But I figured you'd rather have two copies of a few of these rather than not hear 'em at all... Jason Falkner and R. Stevie Moore recently released (?re-released?) a collaboration called Make It Be, which is getting great reviews (check out Rushbo's review for Rockerzine). Many say the project brings out the best in both artists (see more below). Bonus share? Of course...
MP3@320 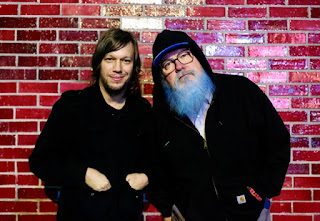 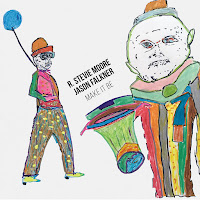 Jason Falkner & R. Stevie Moore made this album.
Sample "I H8 Ppl" below. 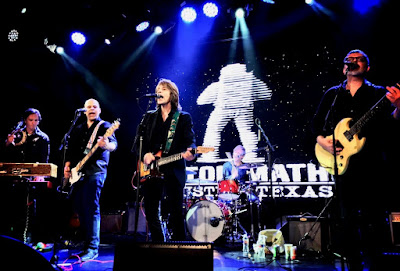 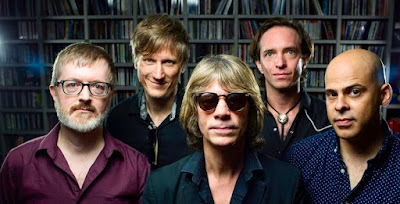 ROB SEZ: Judging from the comments generated by my last Cotton Mather post, we seem to have some serious fans of this little-known band — and I'm one of them. ROIOs are hard to come by for this fab, Beatlesque group — so here's a couple more I recently acquired. I don't know much about the late 1990s set, but it seems to come from a live session in a TV studio (I'm guessing somewhere in Texas). Special treat: a live cover of the song the band contributed to a Badfinger tribute album in 1996. RIDICULOUS THANKS to KUTX in Austin and to Mike Rosen for sharing. 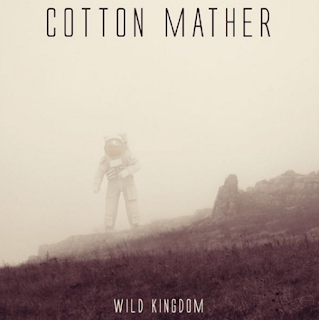 Cotton Mather just released a second installment in front man Robert Harrison's ambitious Songs from The I Ching project. It's called Wild Kingdom, and I heartily recommend it. Purchase directly from the band HERE (while you're at it, pick up the first installment, Death of the Cool). 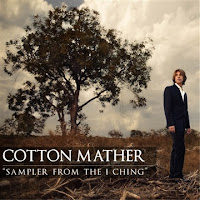 NoiseTrade has a cool freebie: a 9-track sampler that covers both albums. Check it out (you'll have to register with NoiseTrade, but you'll probably be glad you did. They give away lots of cool music).

Kontiki: Deluxe Edition is still available from the band HERE.