BIG THANKS to the taper & uploader! 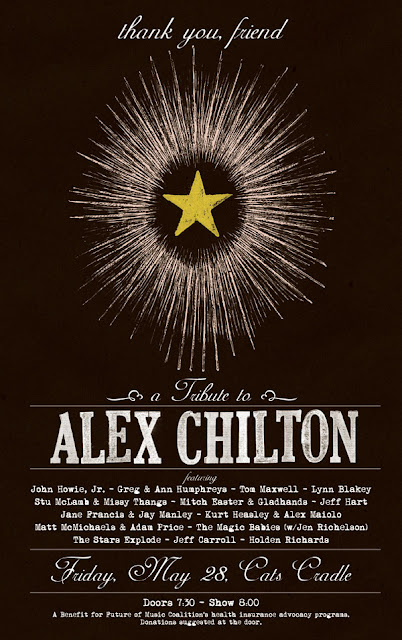 DAMN. I'm really hating the thought of those folks who were frolicking down in Austin at SxSW Fest recently -- without me! -- and hearing the first of The dB's reunion shows since RSD 2011 in Atlanta (OK, the ones in Austin were minus Gene & plus Mitch, but you get the idea...). Anyway, I was thinking about how to console myself and remembered that I had this show. It features Chris, who was musical director, and Mitch plus Eric Peterson, who played guitar with The dB's during some of their live tours in the 1980s.

Uploader's notes: A special thanks goes to Doug Edmunds and Alex Maiolo for arranging this show. All of the show proceeds went to Future of Music Coalition, an advocacy group for musicians and their healthcare needs. Please see http://www.futureofmusic.org/ if you feel inclined to contribute. I've tried to identify most of the people playing but I know I missed a few of them. Generally the performers are noted above the songs they are playing. Also there has been a fair amount of editing to remove extended empty periods between performers.

Rob says: This tribute show is clearly a labor of love; but musically, it's a rather mixed bag. But all the performances are enjoyable, and some are true gems (eg, Chris’ performance of “I Am the Cosmos” on Disc 3.) Perfect sound quality from a soundboard master tape.

Preview article for the show, with comments from some performers, is here at IndyWeek.Com