To quote my teenage daughter, I'm "super pumped" to report I am now the proud recipient of a new shed load of tapes from dB's Fan — and it's chock full of rare shows by our dB's, Letch Actively, and related artists.

First show of the lot is coming this Friday, so make your usual trek over here in a few days.

How can we express our thanks to dB's Fan? Leave a comment for him here!

The dB's Made My Record Store Day (+ Mini Review) OK, I'll admit this up front: there were a few bands of note other than The dB’s to have worthwhile releases on Record Store Day this year. 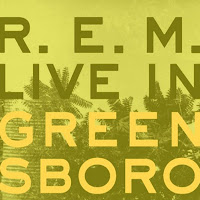 There was R.E.M.’s Live in Greensboro EP, which is pretty dang nifty (five live tracks that didn’t make it onto the bonus disc that will accompany next month’s 25th anniversary release of Green). And, my pick for “Next Best Reason to Get Up Early for Record Store Day This Year (Other Than for The dB’s Release, Of Course!)”: Big Star’s Nothing Can Hurt Me soundtrack (2 LP’s of previously-unreleased Big Star alt. takes, alt. mixes, demos, etc. — worth the considerable price tag, if you’re a hardcore Big Star fan like me). 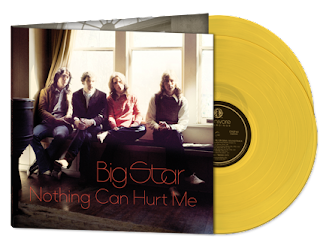 Beyond these and perhaps a few others, there was one overriding, overwhelming reason to get up at the ungodly hour (for a Saturday) of 6:00 a.m., grab my coffee and breakfast, then drive 1 hour and 20 mins. out of town so I could be one of the first music geeks in line before the record store I chose opened its doors at 8:00 a.m. That overriding reason was the joy awaiting dB's fans like me who wanted the limited edition, orange-colored, 4-track, 12-inch vinyl Revolution of the Mind EP. Only 2,000 had been pressed, and I planned to be one of the fortunate souls to walk out the door with one on April 20!

After a beautiful early-morning drive through rural Carolina, I found the store, parked my car, and waited in line for about 20 minutes, chatting with a young, enthusiastic collector of vinyl (his band had one of its first live gigs the previous night). Then, we were warmly welcomed into this particular den of musical pleasure, with just one gentle caution to “be nice to each other, please”. It didn’t take more than a few minutes of scouting before I found the stack of white pasteboard sleeves that announced the presence of The dB’s musical offering for RSD 2013.

For anyone who might be a little late to the party, this is the second time The deeBs have obliged so graciously on Record Store Day. In 2011, they released the limited edition 7” Picture Sleeve single (with Will’s “Write Back” on the flip). Record Store Day that year also saw The dB’s performing live at Atlanta’s Criminal Records Store. But I digress. 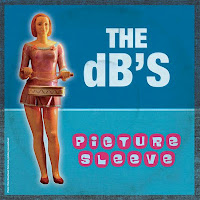 Back to 2013. After arriving back home later that Saturday, I tore the shrink wrap off the EP and pulled out the rather brilliantly-colored slab o’ PVC that is Revolution of the Mind. Friends, is there anything cooler than beholding such a coveted object, just moments after laying your hands on it? I think not! Then, there was the added thrill of taking the little paper ticket found inside the EP, going online, and downloading digital versions of the tracks — in lossless FLAC (especially nice touch here, guys; thanks).

And what about the music? On the assumption you’d all heard "Revolution" before Record Store Day, I won’t go on about it, except to say this: it absolutely deserves to be the lead track on this EP. It’s simply too great a song to be a digital-only release — which is what it was until now. (Find out everything you might ever need to know about the song HERE.)

The second track, “Lakefront”, occupies the A2 position on the EP, and is the first of two new songs on this release. Upon first listen, what registers immediately is how great a contrast A2 is to A1. The latter is a rocking call-to-action, whereas “Lakefront” is a wistful, melancholic ballad about a moment of emotional ambivalence and its consequences. The uninitiated would be forgiven for not guessing that both songs were composed by the same musician — one Peter L. Holsapple. The song has some lovely moments of heart-felt resonance, and features a compelling blend of keyboard, guitar, strings and Peter's understated vocals. However, after repeated listens, I can understand why it didn't make it onto Falling Off the Sky. I can't imagine it finding a proper musical home alongside the 12 tunes that were chosen for the album. Is it a worthy song? Yes, absolutely. But it probably belongs on a stand-alone release like this EP.

The third track, "Orange Squeezer", is yet another musical contrast. After the subdued tones of "Lakefront," "Orange Squeezer" comes out strutting and stomping. Lyrically, it's a lighthearted ode to a piece of studio equipment (a guitar pedal box that creates some sounds I'm guessing Chris really digs). Listen to just about any track on Lovesick Blues, his recent solo release. Then blast this little ditty, and marvel once again at the highly diversified musical talents of Mr. Chris Stamey. Oh, to have been a fly on the wall while the guys worked on the basic track — you can hear what a great time they had recording it. And who else do you think contributed electric guitar to "Orange Squeezer"? None other than Mitch Easter, the "fifth member" of The dB's. This one's a prime candidate to play loud (using your "Repeat Track" setting)...

The fourth and final track on the EP is a new version of an old song, "pH Factor (live)". This Raybeats-style instrumental has been part of The dB's live repertoire for many years and many tours. "pH Factor" originally appeared in 1982 as the B-side of the "Neverland" single (as well as a CD and cassette bonus track on some versions of the album Repercussion). Now, this classic instrumental can have another season in the sun, thanks to this most excellent live recording from Le Poisson Rouge in NYC (June 15, 2012). I've heard numerous live versions of "pH Factor", but this one definitely merits inclusion on this release.

Trivia Quiz: How many dB's fans out there know what the letters "pH" really stand for in the song's title? (Hint: it's got more to do with who wrote the tune than anything you might have learned in high school science class...) Double extra credit trivia question: what factual error appears on the rear sleeve of the new EP?

REPERCUSSION: Mitch Easter has a very strong association with this band, producing and contributing to most of Game Theory’s albums. Chris Woodstra of AllMusic says Mitch functioned as “a fifth member” of the group in the studio, beginning with Real Nighttime (Game Theory’s first proper full-length album) in 1985.

BIG THANKS to the taper, traders and kneesfudd for sharing 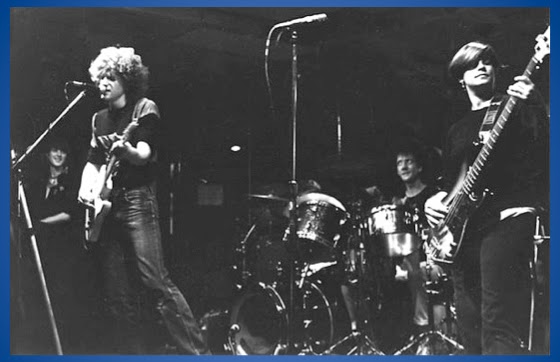 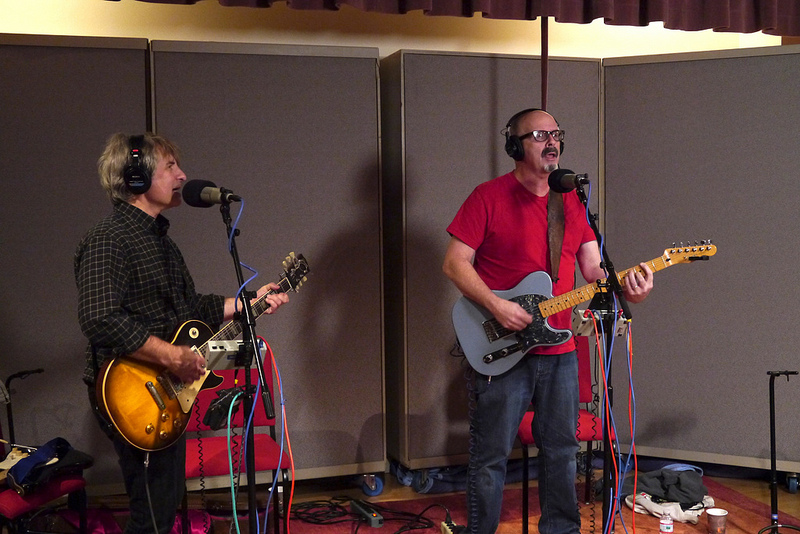 Although it was recorded back in November when the band was on its Midwest Mini Tour, the mighty WBEZ-FM in Chicago waited some months before unleashing this great live session and interview via the station's “Sound Opinions” music show. The show is co-hosted by Chicago music journalists Jim DeRogatis and Greg Kot (Jim is a long-time friend and supporter of The dB’s, so I’m guessing we can thank him for getting the band in the studio). The performance? The skeptical need only stream the sample "Neverland" to hear why many of us think the deeBs were at the top of their live game in November 2012.

The bonus this time around is an interview with some members of the band aired in Jan. 2013 by NPR’s World Cafe with David Dye. Add the two interviews together, and you've got a very engaging half-hour oral history of The dB's. PLEASE ENJOY!


Listen to (and/or download and/or watch videos from) the Feb. 1st episode of Sound Opinions (#375) HERE. Read the “footnotes” for the episode and get a complete rundown of what was played HERE. (Note: 2 of the 5 live takes featured here were not aired on the show). See 4 live videos from the session on YouTube. See 8 Flickr photos from the session HERE. 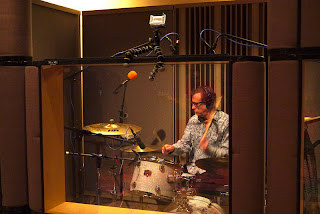 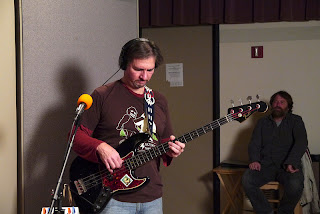 BIG THANKS to Jim DeRogatis and WBEZ for getting our guys in the studio and on the airwaves! 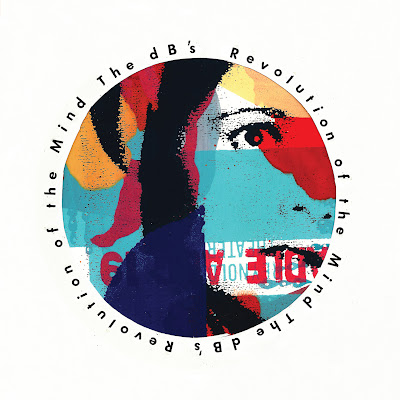