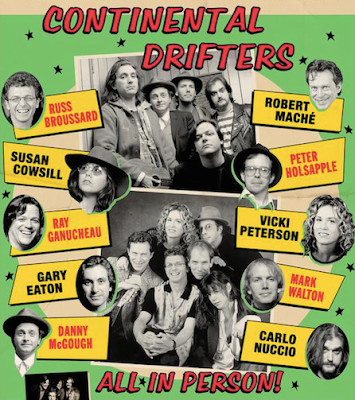 FM recordings (quality range Ex- to VG; ‘Songs of the Century’ segment was not the best-sounding capture, but I eq’d the version I received to remove excess sibilance and it’s much more listenable now) 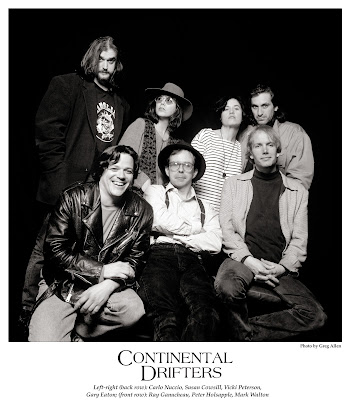 ^In the original 1994 broadcast, "Turn Back the Hands of Time" was the last song played. But it appears on the newly-released archival compilation (see below), so is not included here.

REPERCUSSION: Peter Holsapple joined the Continental Drifters in the early 1990s after The dB's were kaput, and he stayed with the group until it disbanded circa 2003. While they were active, the Drifters recorded several of Peter's songs, so if you enjoy his singing and songwriting, these albums are definitely worth seeking out. Peter told the LA Times recently, “I believe that this was a band who were the very illustration of a shattering live experience, the embodiment of a force majeure, a family-style drinking society of impavid* proportions, and purveyors of some of the sweetest harmony songs of its decade.” *(“impavid” = fearless, adventurous, daring -- say, Peter, did you get out your thesaurus for that one?!?)

SPECIAL THANKS to Dierk, Jefft and all the tapers & sharers 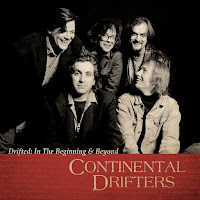 It's chock-full of rare & previously unreleased stuff
YOU NEED THIS - go get it! 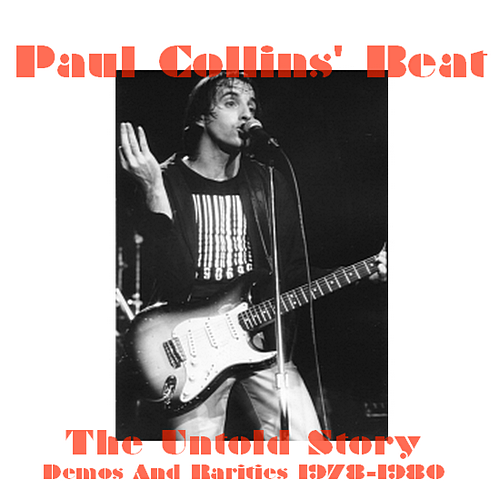 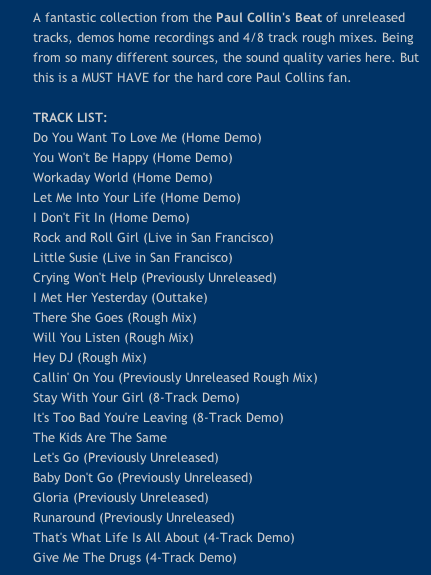 
This is ASH Tuesday post #5
All thanks & praise to the late, great ASH music blog
and Don, its leading light

All songs by Paul Collins except as noted 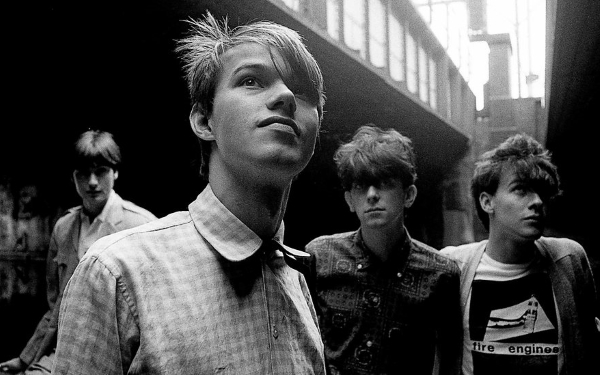 audience recording (sound quality VG- to VG; chatty folks near the taper must be endured, but this is otherwise a decent recording) 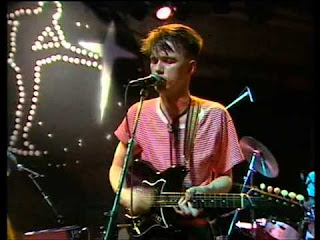 ROB SEZ: After the Josef K post last Friday, I thought the right thing to do would be to feature Orange Juice, fellow Scotsmen and Postcard Records label-mates to Josef K.

THANKS TO THE TAPER, to MATB for the original share, and to Zombiwoof for the re-share. 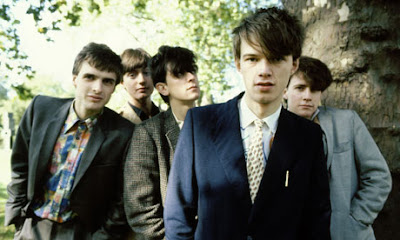 EXTRA THANKS to Sniffer and Brandon for sharing. 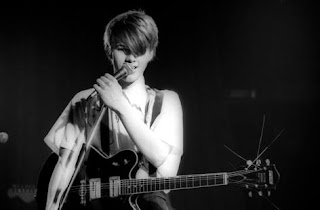 MULTIPLE THANKS to the band for sharing these with the fans!

ROB SEZ: Musically a melange of Gang of Four, Joy Division, The Feelies, and early Talking Heads, Josef K were ahead of their time. But it's never too late to enjoy their music. Franz Ferdinand says they wouldn't exist if it hadn't been for Josef K. Check the sample to find out why Trouser Press called Josef K "the definitive Scottish neo-pop masters" of their era. 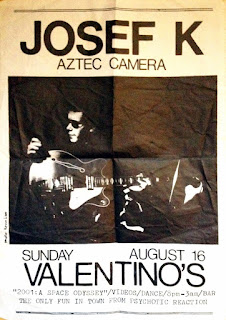 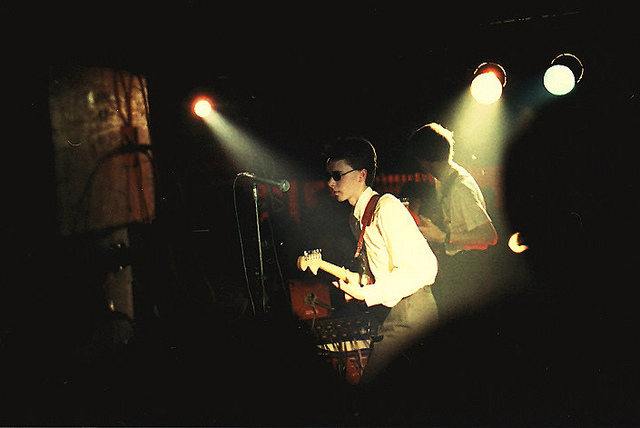 audience recording (sound quality VG; sound quality waits until 2nd song to improve, but this is a very solid-sounding audie)


Learn more about the music of Josef K at the band's web site. Read a bio of the band
at Les Disques du Crepuscule. 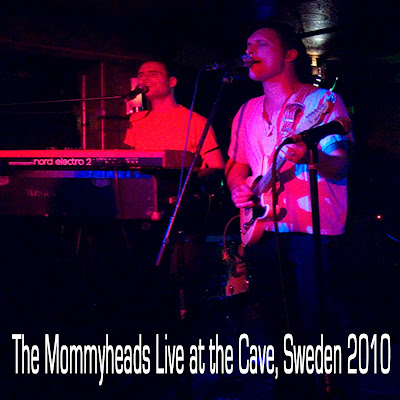 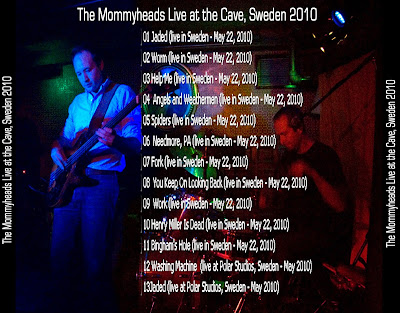 QUITE LARGE THANKS to Mick and the late, great ASH music blog (R.I.P.) for sharing this one years ago (and turning me on to an outstanding band I'd never heard of).

The Mommyheads are awesome!
There will be more Mommyheads posts here in the future.
Meanwhile, go check out their digital releases at Bandcamp.

ROB SEZ: One of the better late-period L.A. shows in my collection, with a good performance & sound quality. 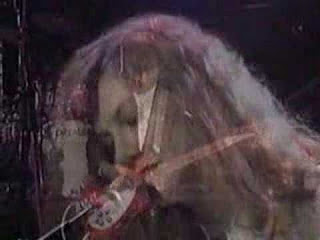 
WORD TO THE WISE: if you poke around a bit, you should find
a very groovy set of bonus tracks somewhere...

BIG THANKS to Don from the late, great ASH music blog. In the original post, he wrote: Great bootleg, if a tad rough at the edges (the band were anyway). An absolute joy for fellow Plimsouls fans. 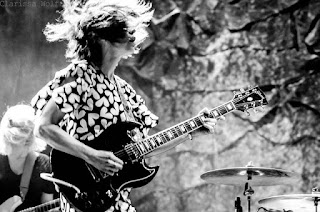 ROB SEZ: I'm not really a fan, but I think they're doing the reunion thing right, just like The dB's: record some new songs & tour when you have something new to say and play. I've heard a few recent interviews with the band, and I admire them. 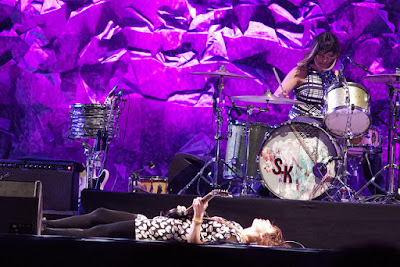 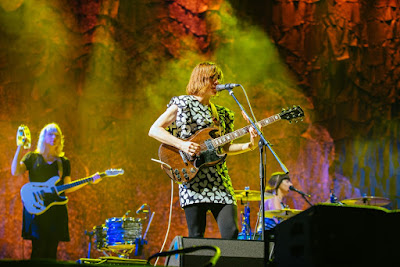 MUCH THANKS to the tapers and sharers

Learn more about the music of Sleater-Kinney
at the band's own site. 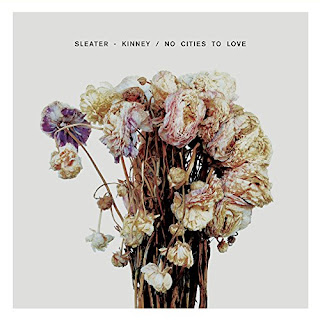 The album is No Cities to Love.