The Clientele
WFMU Live Session
Jersey City, N.J.
July 18, 2014
webstream capture (sound quality: VG++) - Irwin Chusid's Show
The Clientele - Live Session 2010
01 We Could Walk Together
02 Porcelain
03 On a Summer Trail
04 Missing
05 Driving South
06 Bicycles
07 Impossible
08 Lamplight
09 intro, interview segments, outro
ROB SEZ: I've fallen hard recently for the amazing The Clientele, founded in London in 1997. As you'll hear in these recordings, the heart and soul of the band is co-founder Alasdair MacLean's voice, mesmeric guitar playing, and poetic lyrics. The closest analogy for the inevitable question of what the group sounds like is to imagine the mature Teenage Fanclub playing gentle-yet-compelling folk pop, fronted by Nick Drake. Try one of the video samples and see what happens. Me? I'm hooked for good. All thanks & praise to WFMU DJ Irwin Chusid for championing The Clientele and arranging a live session in 2014, preceded by MacLean's solo session 5 years earlier. The Clientele's most recent releases are two singles from 2020, so here's hoping they'll soon be releasing new material and/or touring.
...and here's what Alasdair sounds like solo 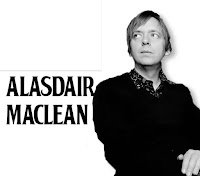 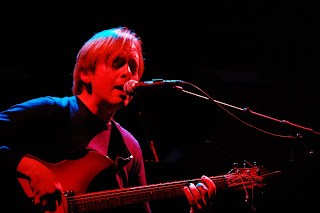 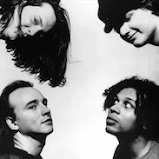 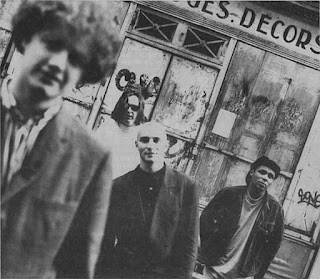 ROB SEZ: Sometimes I really think I should've been born in the U.K. I would never claim something as ricidulous as "All the good bands are from the British isles." However, when it comes to great guitar-based rock and pop groups — with strong melodies and lyrics that aren't dumb, the United Kingdom certainly has a TON. The Boo Radleys are in this league, and some fans will tell you they're the best of the under-the-radar bands from the 1990s. When their song "Wake Up Boo!" was a Top 10 single in the U.K., and the similarly-titled album topped the 1995 British album charts, the Boos become a phenomenon in Britain. As is often the case, however, their success did not make it across the Atlantic. Enjoy these two live recordings from the same London venue to find out what you may have missed. The Boos are back in 2022 with an all-new studio album, Keep On with Falling and the digital-only Live In 2021. My gratitude goes to S. Smith and Doing It for the Vids for sharing their FM recordings.
FLAC lossless captures, lossy sources
MP3@320
Posted by Rob-in-Brevard No comments: 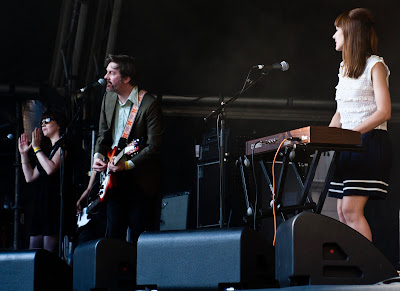 01 My Defiance
02 Saturday Night Facts of Life
03 David, banging on about something
04 Love Without Lies
05 An Arcade from the Warm
Rain That Falls
06 Why I Try to Look So Bad
07 The Fists In the Pocket
08 Fingernailed for You
09 I Never Happened
10 Working Circle Explosive!
11 You Can Hide
Your Love Forever
12 Herbert Huncke Pt. 2
13 Herbert Huncke Pt. 2 (cont'd) 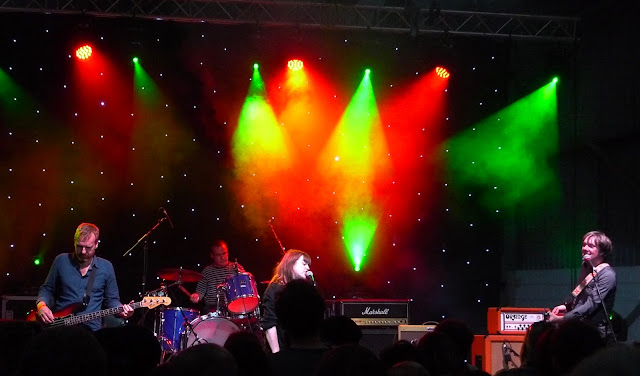 ROB SEZ: My last post was also by Comet Gain. By request, here's another one. Soundwise, this one's a bit muddier, but it's perfectly enjoyable — especially when you remember just how darn rare these things are.
FLAC lossy source, lossless capture
MP3@320
Posted by Rob-in-Brevard 5 comments:

sample a track from the show 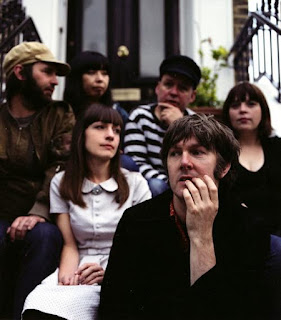 00 stage entrance, song intro
01 'Sad Love' and Other Short Stories
02 The Fists In the Pocket

04 Behind the House She Lived In

06 An Arcade from the Warm Rain That Falls

09 These Are the Dreams of the Working Girl

15 Confessions of a Daydream 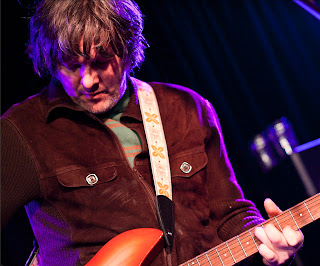 ROB SEZ: For a good while now, I've been looking for recordings to share by the stupendously talented and hugely entertaining Comet Gain. If you've never heard of them, I bet I know why. Over the band's two and a half decades, David Christian (aka David Feck) and company have guaranteed their cult status by accentuating their punk-inspired amateurism, frequently switching record labels, taking long breaks between album releases, and touring only sporadically — all while apparently enjoying the adulation of the few who tune in. Yet Comet Gain deserve a much wider hearing. Trouser Press describes their early sound thusly: "The soul bus let off the pop children in Oxford, England, and what sprouted was Comet Gain, a thoroughly enticing bedsit quintet." Beside the music, there's an understated, brainy charm to David's between-song rambles. I am indebted here to Andunemir for sharing (and presumably also recording) this great show, which anticipates the band's excellent 2014 album Paperback Ghosts. If I receive any encouragement via comments, I have more I can share. 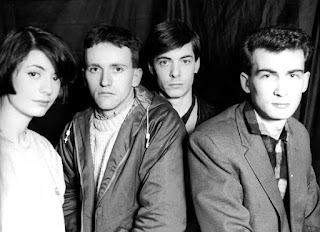 01 Of the Matter
02 Send Them Away
03 Melancholy Man
04 World of Her Own
05 Torn Calender
06 All I Asked You to Do
07 Here Comes Everybody
Le Gibus
Paris, France
Sept. 20, 1991
soundboard recording (quality: VG+)
01 Joke Shop (cuts in)
02 Selfish
03 Firestone Tyres
04 Provincial Disco
05 Holy Head
06 Solo Project
07 Down On Your Knees
08 Carbrain
09 Shallow End
ROB SEZ: In keeping with the indie, obscure, and worth-a-listen ethos, here's a UK band you might have missed. The Wake signed to Factory in the 1980s, then gravitated to Sarah Records when support began to fade at Factory. I don't know how to describe The Wake's sound (it was inaccurately labeled a Joy Division wannabe band), and I can't honestly say I'm a big fan. But if you like other indie British bands featured elsewhere here, you might want to give The Wake a try. All kudos should go to autopilot for sharing these recordings. (If you want more, I have two audience recordings from the same 1991 French tour — but you'll have to exert a little effort & leave a comment! 😎)
The Wake fans should check out the 1987 goodies the band posted HERE & HERE
FLAC
MP3@320
Posted by Rob-in-Brevard 3 comments:

Email ThisBlogThis!Share to TwitterShare to FacebookShare to Pinterest
Labels: The Wake, The Wake live 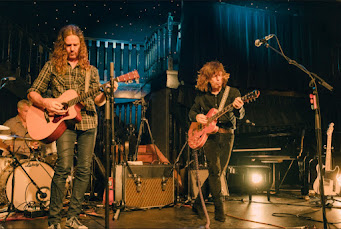 That Never Goes Out (Smiths cover)* 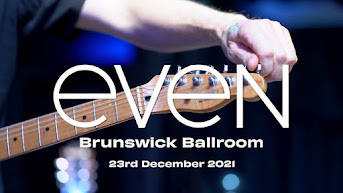 22 Bowie In My Dreams 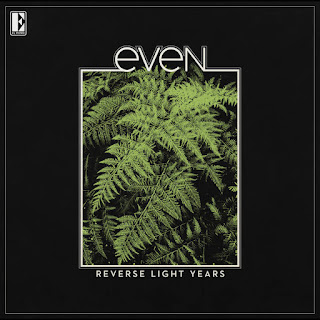 Anton Ruddick - guitar (for this show)

as well as cameo appearances by assorted family & friends

ROB SEZ: I’ve raved about the Australian band Even before, and it’s time for me to do it again. If you like your guitar-based rock in the classic 1960s and 1970s British mold — with hummable melodies and succinct guitar solos — I highly recommend you give Even a try. Start with their masterful 1998 album Come Again and explore from there. Even have a great new double-length album Reverse Light Years, released late last year. Moshcam made a beautiful pro-shot film of one of the band’s annual “Christmas Even” shows in late December. It’s well worth paying to view HERE (you can sample a full-length song for free).

Email ThisBlogThis!Share to TwitterShare to FacebookShare to Pinterest
Labels: Even, Even live 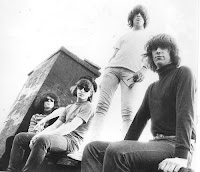 FM recording (sound quality: VG++; might possibly be sbd or TV audio, but it sounds great; stream capture by Rob-in-Brevard)

00 stage entrance, tuning
01 I'll Give You Loving Like Nobody Can
02 Kiss Her Goodbye
03 banter, song intro
04 Shine Tomorrow
05 I Sometimes Wish We'd Never Met
06 Spend It With You
07 Like to Get to Know Her
08 While Shineth the Sun
09 What's Been Missing
10 applause, song intro
11 Leaving Yesterday Behind
12 Call On Me
13 Find My Own Way Back Home
14 Happy Ever After
15 applause, song intro
16 Up In Her Room
17 A Hard Time's Comin' Around the Bend
18 Time
ROB SEZ: The Optic Nerve! Where else but here are you gonna snag a live show in very good sound quality by this nearly-forgotten, Dylanesque NYC garage band from the 1980s? If you like the Fuzztones, the Long Ryders, or the Lyres, I recommend you check out this group. This recording captures a fairly good performance, which picks up steam starting at track 11. Consider it a teaser for The Optic Nerve's two albums: Forever and a Day and Lotta Nerve, both of which are terrific (AllMusic gives them both 4 & 1/2 out of 5 stars). Lotta Nerve, a singles-plus-other-tracks comp, is due for re-release in April. HUGE THANKS to whoever posted this (possibly the band?) for me to snag and share here. 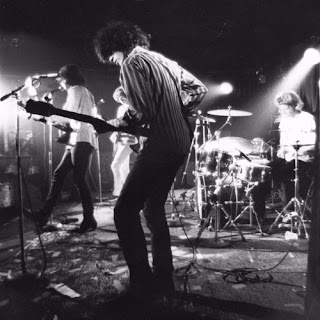 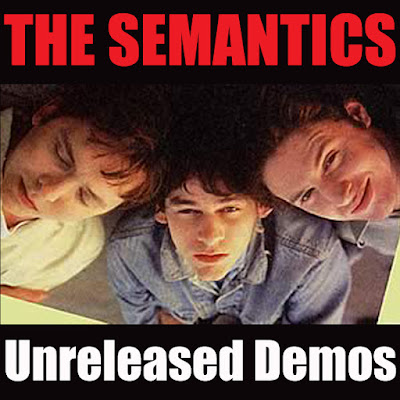 02 Baby It's You
03 This One's for Me
04 Facts of Life
05 Hippy Woman
06 Lonely Girl
07 Standing Still
08 Merry Go Round
09 Wildflower
10 Victim for Somebody Else
11 Maria
12 Sticks and Stones
13 Future for You
14 Coming Up Roses
15 The Sky Is Falling
16 Black and Blue
17 Johnny Come Lately
18 Life Goes On
19 Glasses and Braces
Musicians:
(Will) Owsley: vocals, guitars, keys, percussion, bass
Millard Powers: vocals, bass, keys, guitars
Jody Spence: drum machine programing, drums (on some tracks)
Ben Folds: drums (on "Coming Up Roses" and one other)
Zak Starkey: drums on a couple (probably "Life Goes On" and one other)
John Mark Painter: mellotron on "Coming Up Roses"
ROB SEZ: All credit here goes to Mick and Don from the old ASH blog, to whom I am indebted for so many posts over the years. Not sure why I never shared this back when I was regularly doing the "ASH Tuesday" posts, but I guess it got lost in the shuffle.  All these tracks are power pop gems, and serve as the prelude to Powerbill, considered one of the best (and hardest-to-find) power pop albums of the 1990s. The debut album features Owsley, Millard Powers, and Zak Starkey (son of Ringo Starr). There's a mystery bonus share included in the download folder. (Before you ask: I do not have this in lossless. I'm sharing it the way it originally came to me.)
P.S. - Paul over at Albums That Should Exist has posted a shorter set of these as an "imagined" album by the band. He always does a good job with his posts. Go check it out.
MP3@320
Posted by Rob-in-Brevard 4 comments:

Email ThisBlogThis!Share to TwitterShare to FacebookShare to Pinterest
Labels: Owsley, The Semantics, Will Owsley

soundboard recording (quality: VG+; webstream capture from a (probable) VHS tape source; a small handful of audio anomalies were present in my source) 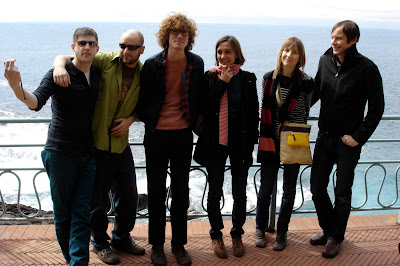 ROB SEZ: As a new fan of Ladybug Transistor, I was ecstatic to find a full live set in very good quality. I guess it was unrealistic to expect great sound AND an amazing performance. It’s a soundboard-sourced video from the festival organizers, so no problem there. Considering the band played their set well after midnight, it’s certainly a very good — and goodnatured — performance. Just not exactly “raw & rockin’.” I’ve added the 2015 WFMU live set here, which livens things up, thanks to the band and the zany DJ. 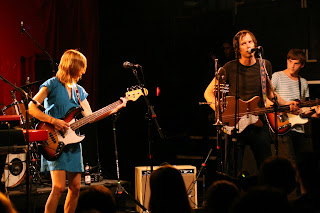 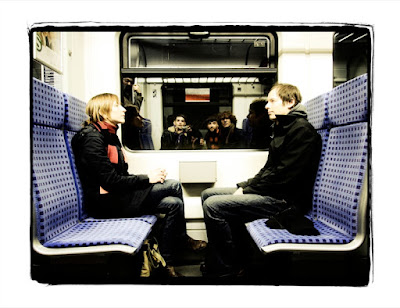