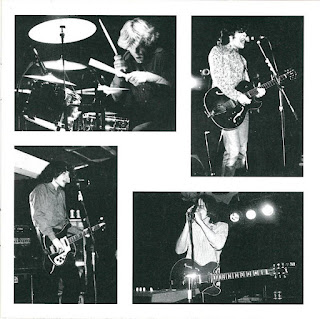 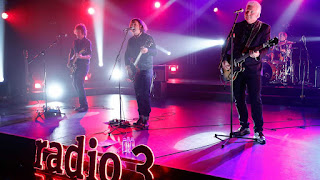 ROB SEZ: The Stems!! If you have a hankering for garage rock with a pop sensibility, there's no finer group today than Australia's The Stems. Dom Mariani and co. got their act together in the 1980s, then broke up after recording only one proper album. Luckily, time healed some wounds, and The Stems reformed for an album and tour 20 years later. When Mariani is not fronting one of several other bands, he will cycle back to The Stems, which he did again in 2019. HUGE THANKS to pete2020 for sharing the 1986 recording, Angelo for the Radio3 set, and crankingamps for recording & sharing the Melbourne set. There's a bonus goodie baked into this one. You'll find it after you open the download folder. Please enjoy.

Email ThisBlogThis!Share to TwitterShare to FacebookShare to Pinterest
Labels: Dom Mariani, The Stems, The Stems live

soundboard (sound quality VG++; sounds like it’s from a 1st-generation tape; the rhythm guitar is/was kinda loud compared to other instruments, so I reduced its volume; on a few songs, there's some distortion in the vocals)

ROB SEZ: First, let me thank the taper and especially Scott R for sharing this rare recording with me. Obviously, this is not the usual length for a dB’s headlining set. It's just 13 songs because the guys were playing on a multi-act bill. At the end of the last song, Peter says, “Pylon’s up next.” It’s possible this was a show on April 22 at The Ritz for which The Teardrop Explodes was scheduled to headline, but never performed due to an intra-band blowup backstage. The dB's set features what may be the briefest version of “Tomorrow Never Knows” the band ever played onstage. Performance-wise, there's a chaotic energy that gives the recording an edginess I find appealing. Is this because Chris had already told the band he was leaving to focus on his own music? We may never know. I'm pretty sure this is the last known live performance before Chris departed The dB's. The whole thing is very enjoyable, but the last half of the show really cooks. TURN IT UP! 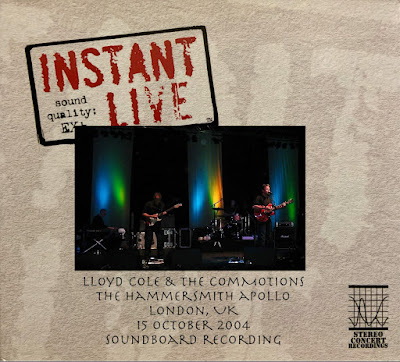 02 Why I Love Country Music
03 Speedboat
04 Charlotte Street
05 From the Hip
06 Cut Me Down
07 Brand New Friend
08 Sweetness
09 2CV
10 My Bag
11 Sean Penn Blues
12 Mainstream
13 Perfect Blue
14 Patience
15 LC banter
16 Lost Weekend
17 Perfect Skin
18 Mr Malcontent
19 Jennifer She Said
20 Four Flights Up
21 Heartbroken
22 Forest Fire
ROB SEZ: This one's pretty special and it's exclusive to this blog. Did you ever bid on one of those 1-penny eBay auctions? I have, but never won the "a penny plus shipping" deal — until a coupla weeks ago. That's when I bid on this rare, officially sanctioned, Lloyd Cole & The Commotions limited-edition reunion recording. I still can't believe I was the only fan in the world paying attention & bidding. A few days later, this lovely artifact arrived on my doorstep. And of course I'm sharing it with you. LC and the guys reunited to perform a handful of live shows in celebration of the 20th anniversary of Rattlesnakes, an album fully represented here, minus 1 song. You can tell the band spent 2+ weeks rehearsing for a 1-week tour: the performance is impressive for 20 years on. I thought the Instant Live artwork was boring: the CD equivalent of a brown paper wrapper. So I added the pertinent info and a photo from one of the 2004 UK shows to create custom artwork. If you like Lloyd Cole and haven't heard this, it's a must have. One more thing: I thought the straight-from-the-soundboard recording sounded kinda flat. One pass of modest compression did the trick, and now it sounds much more lively. PLEASE ENJOY.
FLAC 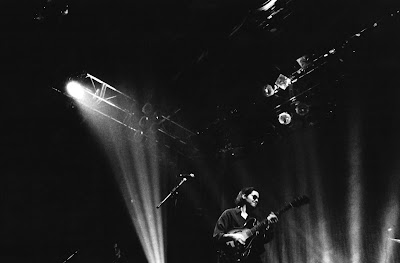 ROB SEZ: Gotta love Lloyd Cole. (Well, you don't have to love LC, but I sure do.) He's a class act, going all the way back to the 1980s and "Lloyd Cole & The Commotions." The man offers consistently great tunes, intelligent lyrics, all compellingly played. I'm on a mission to persuade Lloyd's unaware fans from the 1980s that he kept making worthy music, up through today. Were there a few failed experiments and overly-indulgent missteps along the way? Of course. But Lloyd's artistic success-to-failure ratio should be the envy of many wealthier & more popular artists. This is a good time to revisit Mr. Cole's mighty impressive back catalogue. I don't mind suggesting this is a good use of your quarantine time. HUGE THANKS to BBGrant and all the tapers for their generosity. 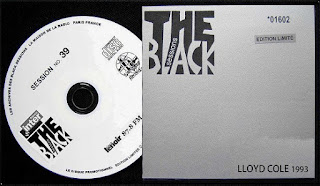 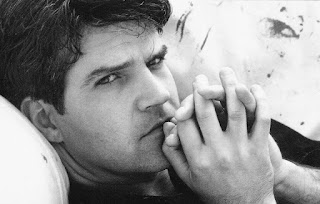 *Mr. Cole himself could not recall song no. 11 when asked about it many years later. (As far as I can tell, it's not a cover.) If anyone can positively identify it, please leave a message.

Anyone out there have LC's 1995 Black Session to share?
If so, please get in touch.
FLAC 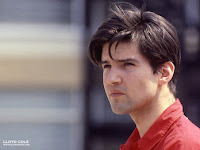 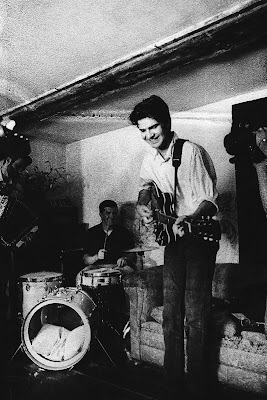 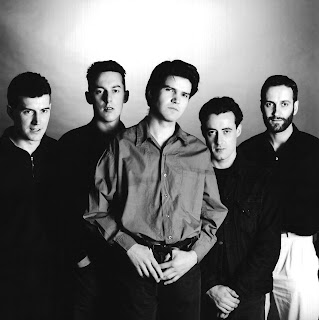 ROB SEZ: Call it "coronavirus nostalgia" if you like, but lately I've had a hankering for classic artists from ages past. This extraordinary band is among them, with Glasgow & Paris being the perfect gig locations to satisfy my nostalgia. I've posted other Lloyd Cole & The Commotions ROIOs here in the past, but not these. HUGE THANKS to the original tapers as well as BBGrant for sharing the 1985 recording and to HARMONIZER09/ APOPTYGMA for sharing the Paris recording. Avid LC fans will appreciate the appearance of the rarely-played "Beautiful City" (a Rattlesnakes-era outtake) in the 1984 set. Look for another Lloyd Cole share next week — without The Commotions.