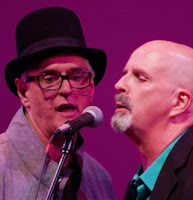 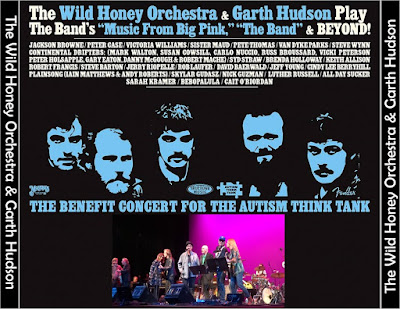 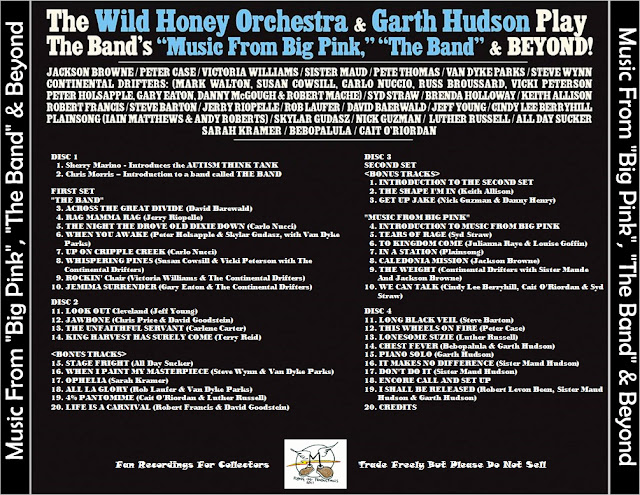 ROB SEZ: Two weeks ago, I posted the amazing Wild Honey Orchestra & Friends' Kinks-themed benefit show from 2019. That one included both Chris Stamey & Peter Holsapple. Chris is not present for this 2017 performance, but Peter sings "When You Awake" with Skylar Gudasz. And the Continental Drifters (including Peter) are the backing band for part of a fabulous evening that features the likes of The Band's Garth Hudson, Jackson Browne, Peter Case, Vicki Peterson, Van Dyke Parks, Susan Cowsill, and many others. (Read Stephen Peeples' extensive preview. Enjoy Susan Moll's photos from the event at Blurt online.) As was the case with the 2019 extravaganza, I am indebted to -M- and Flying M Productions for the beautiful recording. All thanks should go to -M-; I'm just sharing someone else's work. 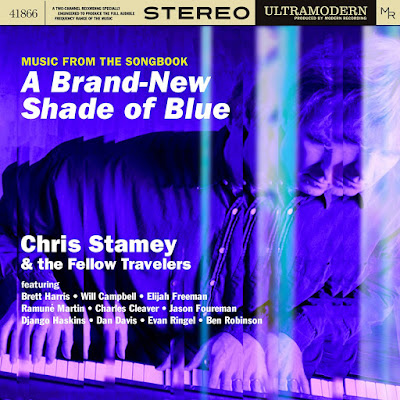 The follow-up to Stamey’s acclaimed
New Songs for the 20th Century, Vols. 1 & 2


Among many others, one of the musicians contributing to the project is
Peter Holsapple, who plays banjo

Chris Stamey’s collaboration with The Fellow Travelers, A Brand-New Shade of Blue, was inspired by the intimate small-combo sound of the late ’50s and early ’60s—a time when the “cool jazz” compositions of such luminaries as John Coltrane, Bill Evans, Miles Davis, and Thelonious Monk lived alongside the expanding pop vocabulary of Burt Bacharach and Jimmy Webb. “These are songs for late nights and rainy days,” Chris explains. “I wrote most of it in the dark of winter, in whispers, in the ‘wee small hours of the morning,’ that magic time ‘when the whole wide world is fast asleep.’ And these great singers and musicians kept that mood alive throughout the sessions that followed.”

The music started as song sheets, in the old style: just words and melodies on paper. Members of an N.C. ad hoc collective of singers and players, known informally as The Fellow Travelers, next gathered in Stamey’s Modern Recording studio in early 2020 to read through the songbook and bring the tunes to life. “I’d put down a rudimentary piano pass, then hand out the sheets,” Stamey explains, “and let the players take it from there.” First up was vocalist Brett Harris, who became the primary singer on the set and was joined by the accomplished trio of Charles Cleaver (piano), Dan Davis (drums), and Jason Foureman (acoustic bass), with Chris on guitar. (read more HERE)

In his liner notes, Chris writes, "These songs were primarily written, unexpectedly, in November 2019. Initial sessions were held in early 2020 at Modern Recording (Chapel Hill, N.C.), but come March all stopped. Then tracks were completed ad hoc in alcoves and crannies, with microphones arriving by morning post, while sheltering in place." 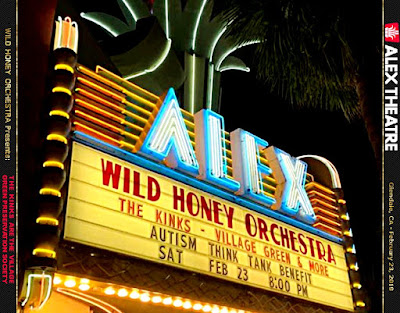 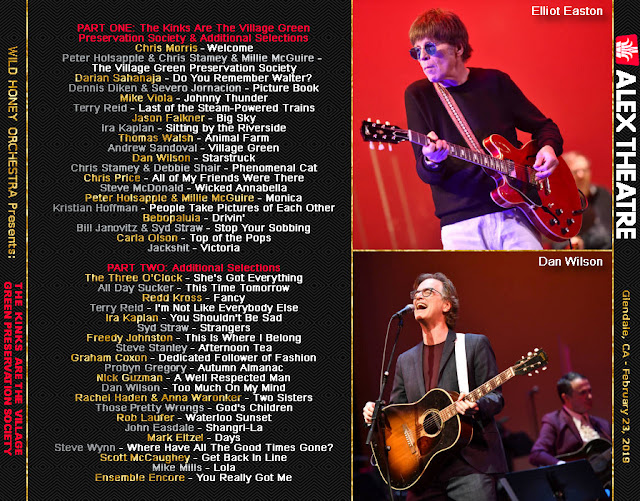 ROB SEZ: The dB's recently-released cover of The Kinks' "I'm On An Island" (more info HERE) rang a bell, deep in the recesses of my aging memory. "Wasn't there some other project involving Peter & Chris related to The Kinks — somehow?" A few days later I remembered: The Wild Honey Orchestra! Chris & Peter were involved in an all-star benefit concert to benefit autism research last year. And it was a doozie: the assembled musicians were a dream team of musicians from the bands/artists we love to feature here: The dB's, R.E.M., Big Star, Wondermints, Jason Falkner, Yo La Tengo, Pugwash, Semisonic, Dream Syndicate, Smithereens, Three O'Clock, etc., etc.

The idea behind the event was ambitious: play The Kinks' classic Are the Village Green Preservation Society album live, followed by a second set of Kinks' favorites. (Read Blurt magazine's report & enjoy plenty o' photos from the event HERE.) Our guys led the charge: Peter, Chris & Millie McGuire sang the lead-off title track, and each had a turn in the spotlight later in the program. Did they pull it off? I'll let the music do the talking... HUGE THANKS to -M- and Flying M Productions for the beautiful recording, and to ethiessen for the artwork. 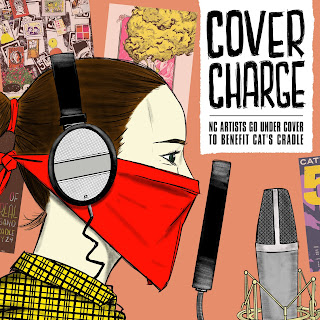 Go to Cover Charge's Bandcamp page to stream the track and, more importantly, BUY the release to support this worthy cause. You'll get previously-unreleased tracks like this one immediately and others by Superchunk, Hiss Golden Messenger, Steep Canyon Rangers and Sarah Shook. 20 more unique-to-this-collection tracks will follow in the coming weeks of July.

Comments from Peter, Chris & Will regarding this release:

Peter: "We used to play this song live when I first joined The dB's in autumn of 1978."

Chris: “...and of course, we've all been stranded on our own separate islands for much of this year.”

Will: "The dB's have played at four different Cat's Cradle locations, beginning in 1979. We were going to shows there [Rosemary St.] by the mid-seventies—and still do, we hope. ¡Viva Cradle!"


MANY THANKS to Eagle-Eye Fantom for sharing this hot tip.
Posted by Rob-in-Brevard No comments:

Email ThisBlogThis!Share to TwitterShare to FacebookShare to Pinterest
Labels: Superchunk, The dB's

The Repercussion Blog is on Holiday — Come Back Next Friday

Those of us in the States have a holiday today & this weekend — even though some of us feel we have less to celebrate, given the shabby state of our dis-union

Come back next week for a new post & new music