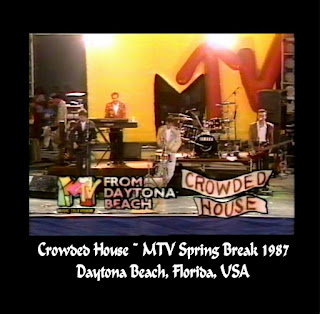 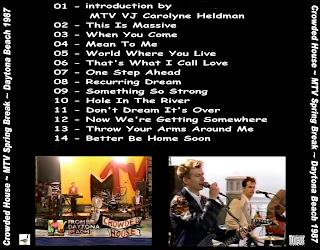 ROB SEZ: Man, were Crowded House good! I've been a fan since almost the beginning, but I forgot just how musically sharp they were until I dusted off this vintage recording. Here's what I want to know: how on earth could this have taken place 30 years ago?!? I can still remember watching this show when it was first broadcast and thinking "Yeah, they've got it." Decades later, Neil Finn & Co. recorded some strong music in the band's post-Paul-Hester incarnation. Even though Crowded House is on hiatus after last year's big shows in Sydney, we've still got the new double-disc reissues of the albums to enjoy. Look for a hidden bonus set somewhere around here, available now, and expect more rare CH goodies in a few days...