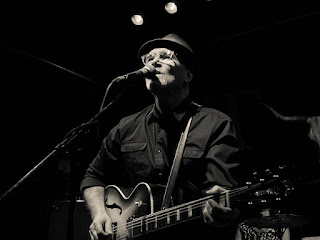 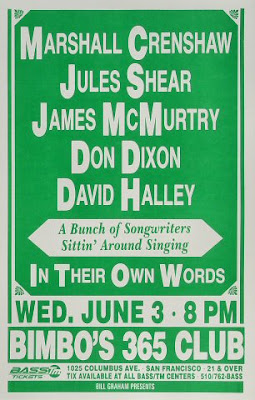 WHO SANG WHICH SONG?
Don Dixon (no symbol)  *Marshall Crenshaw
+Jules Shear   ^David Halley
(James McMurtry also performed, but his performances & comments are not included here. This explains the funky numbering: McMurtry's stuff would've appeared where numbers have been skipped.)

ROB SEZ: I usually don't go in for a lot of chit-chat between songs, but I'll make an exception for talent like Marshall Crenshaw, Don Dixon & Jules Shear. Each singer takes the lead on 5 of his own songs or a choice cover, and much of the talk about songs & song-writing is a pleasure to hear. MEGA THANKS to lilpanda for another of his extraordinary shares. (Don Dixon & Marti Jones fans take note: be sure to poke around a bit for the bonus share.)