Chris Stamey Talks
new book, next album & much more
* exclusive Q & A for the Repercussion Blog *

QUESTION: Your new book, A Spy in the House of Loud, persuaded me you have an impressive memory for detail, vividly recalling incidents that took place three or four decades ago. Do you have a photographic memory, or something close to it?

ANSWER: Nothing like that. I did try to fact check, and Peter, Will, Mitch, among others, helped "watch my back." I think we all have moments in our lives that seem vividly detailed and that stand out even years later; I just wrote about my own such moments, so it was easy.

You didn’t set out to write the book it became, but ASITHOL turned into an engrossing read. Might there be another book down the road?

I am threatening to write a sequel, called In Remembrance of Things Fast. I doubt I will, really, but I do like that title. I'm working on a small-ensemble play set in 1970s Philly, called tentatively either "The Piano" or "Give My Regards to Off-Broadway (Remember Me to Rittenhouse Square)". (not kidding)

In the book, you share numerous stories about playing and recording with Alex Chilton. You’re also the founder and musical director for the Big Star Third Live project that began in 2010 after Chilton’s death. Is your work with Chilton, Chris Bell, Jody Stephens and BS3rd Live as significant to you as the music you created with The dB’s and as a solo artist?

I'm most interested in the music I write myself. I like all those folks, but also a lot of midcentury-modern "classical" and jazz music. I mostly listen to the latter two, currently. In high school, I liked the Big Star and Ardent recordings a whole lot. But it was more being around Alex for that time in NYC, and learning from him, that was significant for me. The Big Star Third concerts came from more of a "dare," "could we do it?" I am not obsessed about that music, though, certainly not compared to some of the guest singers we had. It was a great group of people to hang out with, though.

The book includes amusing stories about your involvement in bands in and around Winston-Salem during your student days. It was published in May about the same time as “Yesterday’s Tomorrow”, a one-night reunion of many of the same N.C. bands you describe in the book. Did the book inspire the live event?

The concert at the RamKat in Winston on May 12 was completely inspired by the book, but happened at the instigation of Richard Emmett, who runs that club. And each act was preceded by relevant projected "Star Wars style" text from the book. We filmed and recorded (multitrack) the whole event, but I don't know if it will ever get edited. Doug Davis singing the Captain Speed songs with Mitch on guitar and Robin Borthwick on drums was amazing, though! And I never thought that Rittenhouse Square would ever play together again! I got to sing "Hot Smoke and Sassafras" with R2, and that was so cool — I never sang in the band back in the day. 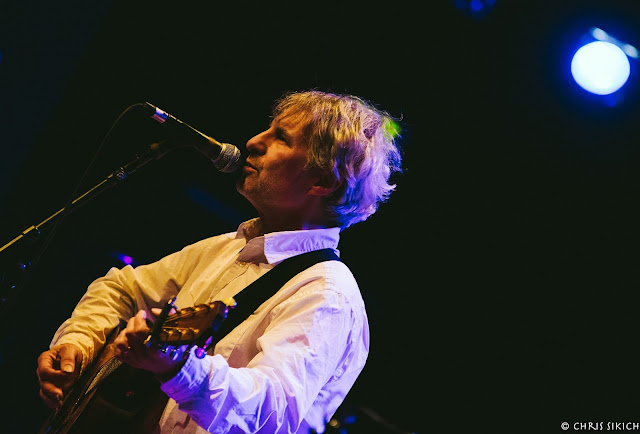 The book focuses on your time in and around NYC and, to some degree, your memories and ongoing reflections about those times and the people you met along the way. But you also come across as someone who’s proud of your North Carolina roots and some of the music being created today in the Triangle area. Is this an accurate assessment?

I love North Carolina and it's wonderful to be back in Chapel Hill, where I was born. For me, it's the best. The book has a restricted focus, as do most books; it was originally called New York Songs but I was the only one who liked that somewhat bland title. I was not trying to write any kind of autobiography (so it didn't seem weird to have so little about NC in there), and in fact I don't think there's all that much "reveal" about myself in general in it, except inadvertently. It's mostly about music.


At the book store appearance I attended in Asheville, N.C., you played a new song you and Peter Holsapple have worked on. Will the song be included in another duo project, or is it too soon to tell?

I have a new record in the can, called The Great Escape, that is 95 percent finished, and will be 100 as soon as I can find two weeks free to do this. Peter was kind enough to sing on a few tracks with me, including "Greensboro Days," the song in question. "The One and Only," about Van Dyke Parks, is also on this unreleased collection.

You’ve produced and otherwise collaborated with numerous musicians — some very well known and others not so much. Of projects in the latter category I’ve had the pleasure of hearing, Peter Blegvad’s King Strut and Other Stories is my favorite (Chris co-produced it with Peter B., and Peter Holsapple played / sang on most of the tracks). Do you have any that stand out for you?


I do really like that Peter Blegvad record you mentioned, he's great. I like both of the Le Tigre records I did quite a bit. There are a few albums I did with Ryan Adams and Whiskeytown that have never come out that I'm fond of. Skylar Gudasz made a very nice record [Oleander] a few years ago. It's a hard one, I generally am fond of all of the records I've worked on — if I don't find parts of a project to fall in love with, I usually don't do the record. I collaborated with Kirk Ross, who does prepared guitar textures, and I love the record we did together, The Robust Beauty of Improper Linear Models of Decision-Making. There's a "radio musical" called Occasional Shivers I did with a lot of people — Branford Marsalis, Bill Frisell, Millie McGuire, Django Haskins, lots more, and it was a delight — it's a free podcast now, on iTunes. I'm most excited about the record I'm making with Millie McGuire right now. I just got back from writing a new song for her with Dan Wilson (Semisonic, Adele, Taylor Swift) that we are all excited about.

ROB SEZ: As you can surmise from the interview, Chris has multiple irons in the fire. I'm grateful for his willingness to take the time for this Q & A. Thank you kindly, Chris.