sound quality range: VG- to VG
Due to the condition of the source tapes, there's some distortion, hiss, etc. But I tidied them up a bit using light noise reduction, channel re-balancing, and modest eq'ing.
Not pristine by any means, but listenable. 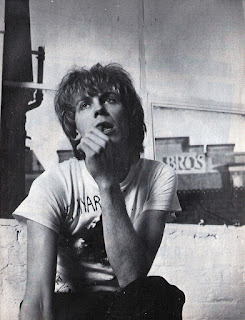 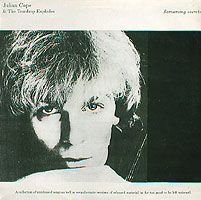 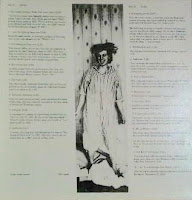 ROB SEZ: Above are selected tracks from the “Screaming Secrets” vinyl boot + “Demos & Curios” set. To the best of my knowledge, none has ever been officially released. Some sound like demos, others sound like studio outtakes from album sessions. I have reason to believe the last 3 or 4 tracks are from early recording sessions for the projected (but later aborted) third Teardrop Explodes album.
A “curate's egg”:
noun - something that has both good and bad parts
Derived from a cartoon in Punch (November, 1895) in which a meek curate, who has been served a bad egg while breakfasting with his bishop, replies, “Oh no, my Lord, I assure you that parts of it are excellent!”

ROB SEZ (AGAIN): for my money, the better parts of this egg are found starting with track 6, in which David Balfe's over-done keyboard parts are balanced out by Cope's voice and other instruments. Have fun being your own curate / curator...