ROB SEZ: I'm pretty sure Will Rigby and Peter Holsapple weren't trying to coordinate the timing of their latest releases, but I love that it's worked out this way. Will served for a few years as drummer in the Peter Holsapple Combo, and a BUNCH of years before that as the drummer for Steve Earle's Dukes. These pre-pandemic responsibilities probably explain why it's been a LONG time since Will had a new release of his own. The new one takes unmistakable aim at the current occupant of the White House (for only a few more months, I pray). The song deploys Will's rhythmic chops and sardonic wit in the service of barbed, entertaining political commentary. (See Will's comment about the song below). I thoroughly dug it, and promptly bought the single at Bandcamp (it's also available in Spanish). For his latest, Peter's new single is released as part of a project that uses a list of unused titles by the late Raymond Chandler to inspire writers & musicians, who then create songs and short stories based on the titles. Project spearhead Gina Arnold has roped in lots of artists for the project, including Amy Rigby. (See Peter's comment below.) Find more Raymond Chandler project creations HERE.


WILL RIGBY on the inspiration for "Sin Corazón" 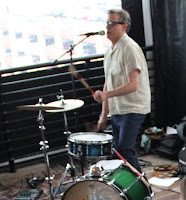 Like you, I’m as angry and distressed about what has happened to our country in  2020 as I've ever been. Never has our government failed its people as much as it is failing us now. Without losing my sense of humor, I put those feelings to a beat, and I hope that “Sin Corazón” is received as both entertainment and political broadside. To paraphrase Emma Goldman, just because we’re protesting doesn’t mean we can’t dance. As a nation and as a people, we must and we will maintain our compassion for and empathy with those around us, even as our so-called leader fails the test. It didn’t have to be this way!

PETER HOLSAPPLE on "We All Liked Al" 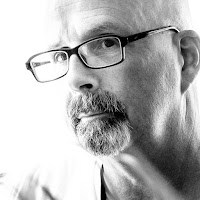 Gina Arnold who is an author and professor at University of San Francisco, had a fine idea: take a list of unused Raymond Chandler titles, and get people to use them for their own devices.

Some of her famous friends like Greil Marcus and Amy Rigby contributed, and, opportunist that I am, I badgered my way in and wrote this tune called "We All Liked Al" for The Raymond Chandler Project.

Maybe you knew Al too?

Email ThisBlogThis!Share to TwitterShare to FacebookShare to Pinterest
Labels: Peter Holsapple, Will Rigby