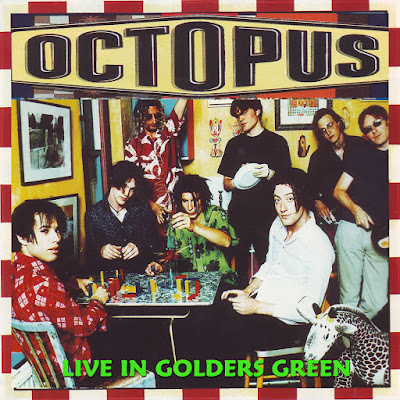 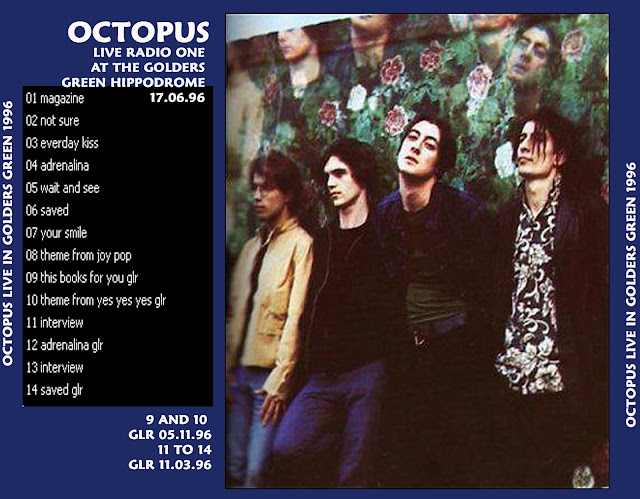 ROB SEZ: Over the years, many bands have called themselves Octopus. This Octopus is the Scottish group that recorded one album, the excellent From A to B, released in 1996. These guys were lumped in with the whole Britpop thing — presumably because they played rock, were active in the late 1990s, and are from that part of the world. If you know the album and think it's pretty good, you should hear them play live. Mick compiled the tracks and created the artwork for the live show, and Don is the guy to thank for the B-Sides & Rarities comp below. I'm the culprit who created the cover art for the latter. 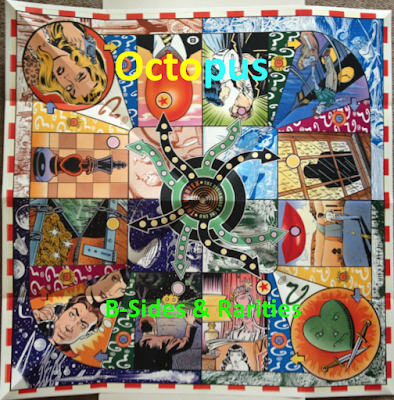 14 non-album tracks from Octopus singles & one EP.
None is in print or otherwise available through official channels.
MP3@320