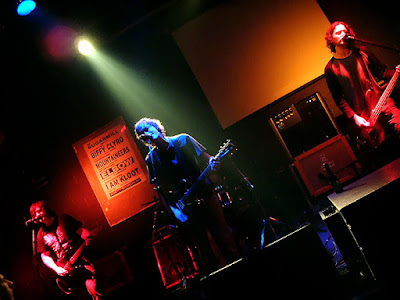 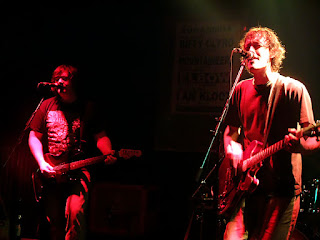 ROB SEZ: Cosmic Rough Riders — wow! Daniel Wylie and collaborator Stephen Fleming took the basic sounds of 1970s West Coast pop & rock (think Buffalo Springfield, CSNY, The Byrds) and added terrific melodies and a Glasgow point of view. What they created in the late 1990s was worthy of much broader acclaim & fame than they actually found. In 2002, musical differences prompted Wylie to leave the band to pursue a solo career. The group kept on with Fleming becoming lead vocalist and chief songwriter. Eventually, amends were made. By 2015, the group released an album credited to "Daniel Wylie's Cosmic Rough Riders." There's precious little live material by CRR in circulation, so please enjoy these and the mystery bonus share. Kudos to Klasw for sharing the Reading 2001 live set & to KCRW for the 2004 session.