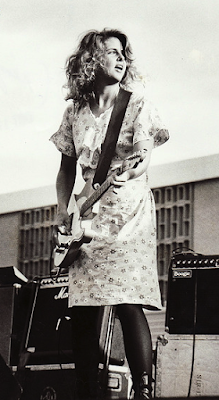 EXTRA THANKS to tjr.dk for the great remastering job and to lolita
& others for sharing

Transferred from master tape source; a this and that production
SINCERE THANKS to glasnostrd19 for sharing

ROB SEZ: Late 1986 marked the beginning of the end for Lone Justice. Dubbed the "Next Big Thing" by the music press, the group began life as a cowpunk band in Los Angeles in the early 1980s. When the likes of Linda Ronstadt and Jimmy Iovine heard Maria McKee's voice, they recognized a rare, red-hot talent, and Iovine became the band's manager. No less than Bob Dylan, Tom Petty & Little Steven all contributed to the self-titled debut album, released in 1985 by Geffen Records. Despite catchy, well-performed songs like Petty's "Ways to Be Wicked" and Little Steven's "Sweet, Sweet Baby (I'm Falling)", sales were below expectations. After the fact, Lone Justice was judged too country for rock radio and too rock for country stations. (Too bad "alt. country" & Americana weren't in vogue yet.) 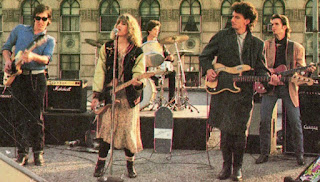 After tours supporting U2 and Tom Petty, all band members except McKee went their separate ways. A new band was assembled for 1986's Shelter, the second album — a patchy, overly slick affair (Iovine & Geffen wanted to turn the group into an MOR, arena rock juggernaut). Although Shelter featured strong original songs by McKee, sales remained disappointing. After a live tour, the group spent part of 1987 demoing new material. Soon after, the 23 year-old McKee was persuaded she might find greater success as a solo act ... and Lone Justice was no more.


Think of this collection as the audio diary of a promising band on the verge of falling apart.