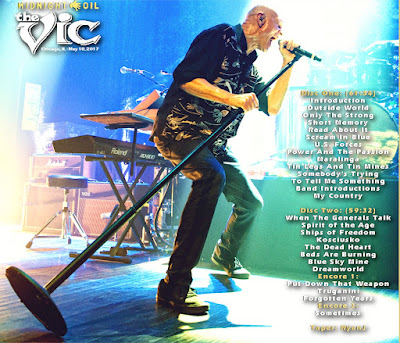 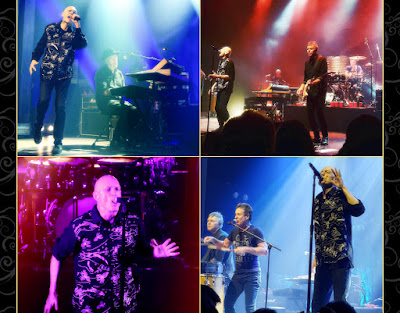 ROB SEZ: They're back — and I say none too soon. Love 'em or not, Midnight Oil carried the torch for rock with melody, message & integrity for decades before folding around the start of the century. I think we need voices like Peter Garrett's more than ever. Right now, the band is in the midst of a world tour, and this month marks the re-release of their entire catalogue plus a shed-load of rare and previously unreleased material. I also posted a double-shot of live acoustic Oils from 1993 HERE.

Taper RyanJ says: Been a fan of the Oils since I was a child. So I was very excited to see them. Their songs still hold up in the political strife that our world is in today. They have been performing almost their whole catalog of tunes and tonight they decided to perform their album '10-1' from start to finish! Very cool…. It was worth the 3.5 hour drive to see them!


MASSIVE THANKS to RyanJ for taping, to RITCNIN for sharing, and ethiessen for the artwork.