ROB SEZ: There's so much music being released each month that I appreciate it when like-minded bloggers and web sites point me to new releases I might want to investigate.
Here then are two archival releases that Repercussion readers will probably want to know about: 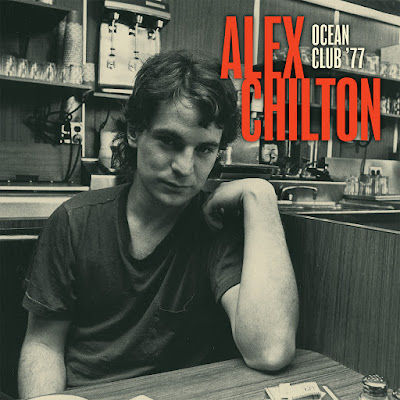 Props to Norton Records and Alex Chilton's widow for sharing this vintage live set from the Ocean Club in NYC (not duplicated by any of the early shows I've posted here, by the way). Chris Stamey plays bass, and the show is fab. (In case anyone's wondering, keyboard player Fran Kowalski does not appear on this release.)
Blog amigo Tyler Wilcox wrote a brief review you can read HERE.

SETLIST: All Of The Time / September Gurls / Memphis, Tennessee / In The Street / Walk, Don't Run / Back Of A Car / Windows Hotel / Can't Seem To Make You Mine / The Letter / Night Time / My Rival / Wouldn't It Be Nice / Way Out West / O My Soul / She Might Look My Way / Dominating Force

Buy Ocean Club '77 from Norton Records on CD, LP or download it from iTunes.

Chris Stamey was not the only artist included in the vinyl singles box released a few months ago on Record Store Day by Numero. But it is very cool to have the first singles by Chris and other Ork Records artists (like Television, the Feelies and Alex Chilton) reproduced and assembled in one place — 16 in all.

The vinyl box is pricey, but you can buy the same recordings in less costly CD or LP formats. There's also a companion book and bonus single by the Feelies with previously unreleased material. Worth a look...
Posted by Rob-in-Brevard