Alex Chilton, his band Big Star, and the members of The dB's crossed paths many times, especially in the 1970s and '80s (see this page that spells out these connections). Here, I'm posting two live shows from 1977, the year Chris Stamey played bass in Alex's backing band (sometimes billed as The Cossacks).

BIG THANKS to the original tapers & uploaders — whoever you are. This one's fairly common in trading circles -- perhaps because it has the best sound quality of the surviving 1977 shows, plus an energetic performance. 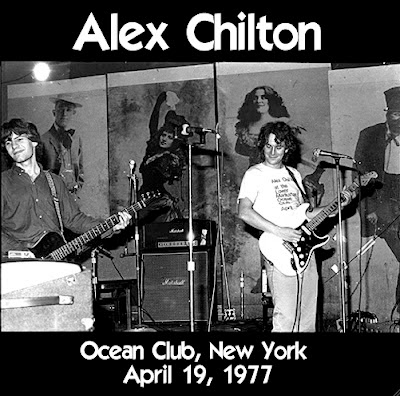