+ SHARER'S NOTE ON TRACK 09: According to some info I found at syadnuseht.tripod.com/suntrivia,
"Something Wrong" was performed live from 1989 to 1992, but never released as a studio recording. The song has also been referred to in the past as "Now", "All I Ever Wanted", and "I Wish". In a recently discovered recording from a 1990 performance in Amsterdam, Harriet clearly introduces the song as "Something Wrong" (as she does here). 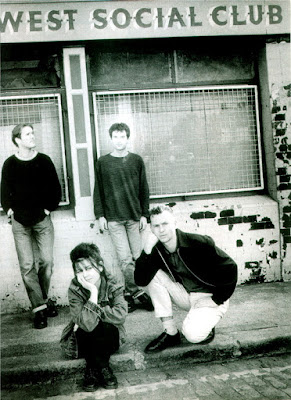 ROB SEZ: Ahh — The Sundays. They were an exquisite breath of musical fresh air in the late 1980s and most of the 1990s. They had a unique-but-accessible sound with a strong pair of leaders in vocalist Harriet Wheeler and her romantic/musical partner, guitarist David Gavurin. After three albums and a clutch of popular singles, they grew weary of the pop music grind and bid farewell in order to raise a family — without dissolving the band. Fans like me harbored fleeting hopes of a return. It became more than a passing fancy a few years ago when the pair revealed they continue to write & record music in their home studio. But we'll have to keep dreaming unless (and until ?) Wheeler & Gavurin actually grace us with new music or live performances. MEGA THANKS to the tapers & sharers, especially Mike, Zeb & Tom for the 1990 recording and nashspacerocket (via darkcircleroom and TJB) for the 1992 recording. OF COURSE there's a mystery bonus share...

Email ThisBlogThis!Share to TwitterShare to FacebookShare to Pinterest
Labels: The Sundays, The Sundays live