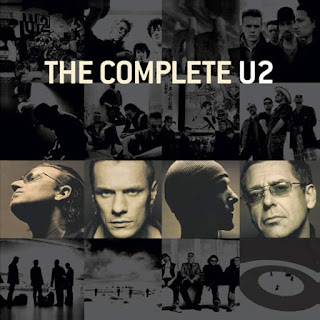 ROB SEZ: As a music blogger, I knew I had to come clean sooner or later about my long-standing love/hate relationship with this band. Now's a good time because, for my money, the guys have just released one of their best singles in a VERY LONG while: "You're the Best Thing About Me" (The other new song — "The Blackout [live]" — grew on me after a few extra spins). I kept listening to "Best Thing" last week and saying, "Yes! ABOUT TIME!! I knew they had it in 'em." Then I started wondering, "So why did it take the band so long?" My eventual answer: some time after The Joshua Tree, the group started second-guessing its best musical instincts. When the quartet became rock stars, they stopped having to worry about recording budgets & release deadlines — so they took way more time than necessary in the studio. Bono, The Edge & an army of engineers & producers started fussing over the recordings, polishing, tweaking, re-mixing, and re-recording them ad nauseum. Whatever musical spark had been there often got snuffed out — second-guessed out of existence. Counter-example: the band had planned to release a very different version of "Best Thing". But they thought better of it at the 11th hour, recording a rocking band version & getting Steve Lillywhite to mix it in an overnight emergency session, just days before it was released. ...Which brings us to this week's musical curio: a collection of what, to my ears, are some of the band's best musical moments — musical gold that, thankfully, got set aside BEFORE the juicy juice was squeezed out. ENJOY! 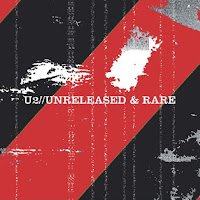 02 - Love You Like Mad (outtake)
03 - Smile (outtake)
04 - Xanax and Wine (became Fast Cars)
05 - All Because of You (alternative version)
06 - Native Son (became Vertigo)
07 - Yahweh (alternative version)
08 - Acrobat (early version, lyrics unfinished)
Note: these are from the Achtung Baby, How to Dismantle an Atomic Bomb and All That You Can't Leave Behind recording sessions. Most of these appeared on the Complete U2 set from iTunes (long ago deleted from the catalog) and the fanclub-only release Medium, Rare & Remastered. Track 08 is from the Salome boot, which features the best outtakes from the Achtung Baby sessions in Dublin (not Berlin, as previously thought). All of these are raw, unvarnished, and — best of all — not second-guessed.
FLAC

There aren't many unofficial comps I want to listen to more than once, but whoever put together the Four Wild Irish Roses, Vol. 1 boot was somebody who's on my wavelength. The rarest tracks here are the alternate studio takes from the War album — all of them well worth a listen. So: here's another helping of what I dearly hope we'll be hearing more of when the new studio album appears in December... 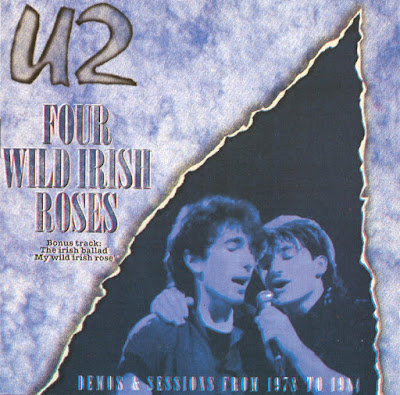 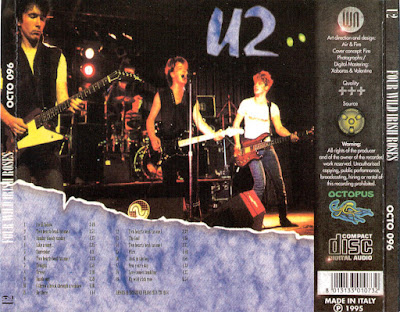