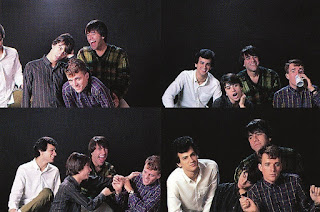 * the band's final show before announcing their split; with Jason Falkner on guitar & backing vocals * 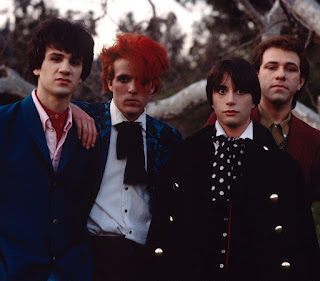 ROB SEZ: You can't avoid The Three O'Clock if, like me, you enjoy a variety of alternative music from the 1980s. This is especially true if you appreciate the so-called "Paisley Underground" bands from that era. Liking The Three O'Clock, however, is a different matter. Frontman Michael Quercio's singing voice is one that creates strongly divided opinions. I heard about the group decades ago, sampled their music, and concluded "Um ... I don't think so." Recently re-visiting the band's music convinced me I should give the guys another chance. I'm glad I did. HUGE THANKS to the tapers, Stachelbar for sharing the 1985 recording, and to Milocampo for sharing the 1990 show. Recommended reading: Mick Dillingham's excellent "The Story of the Three O'Clock."