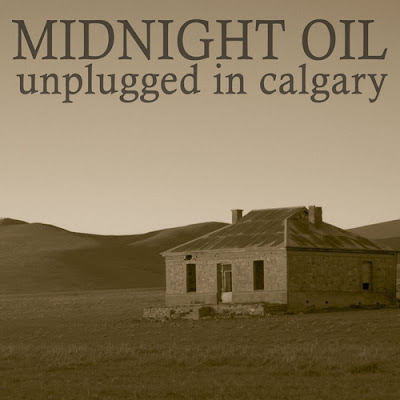 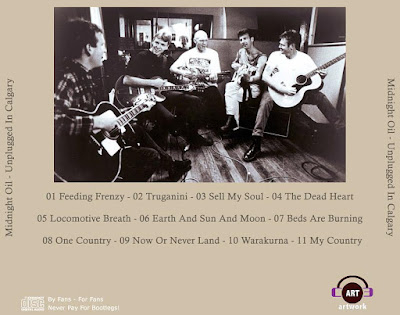 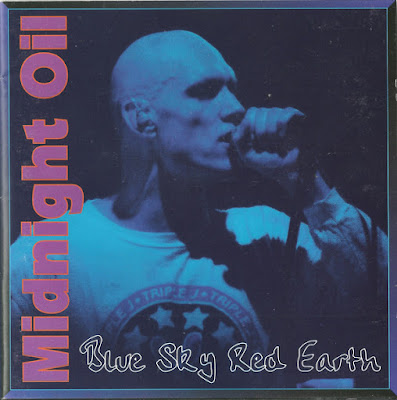 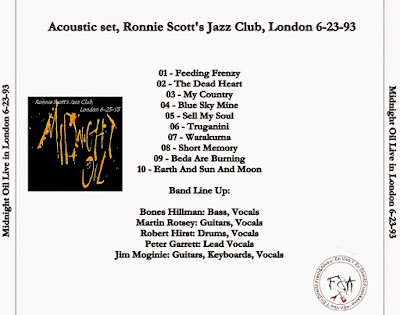 ROB SEZ: OK, this is not particularly rare stuff. But I just HAD to post a musical response to the God-awful news that a con artist apparently will occupy the highest elected office in America starting soon — even though he lost the popular vote by 2+ million. (I hate just putting it in writing...) As for Midnight Oil, I always felt Peter Garrett & Co. had the goods in terms of musical chops, songwriting, and right-on political commentary. But when you added intense, amped-up rock music, it was all just a bit too much for me. So I stopped listening some time in the 1990s. Keep the great songs & performance but take away some of the wattage, and the result is a perfect soundtrack for the times. Here's a little post-election sing along: "America's great / If you don't talk back / I don't want to sell my soul to HIM." (News flash: Midnight Oil is re-forming, at least for live shows starting in early 2017. More HERE.) Many thanks to the Soundaboard blog for the Calgary set & whomever shared the London set. 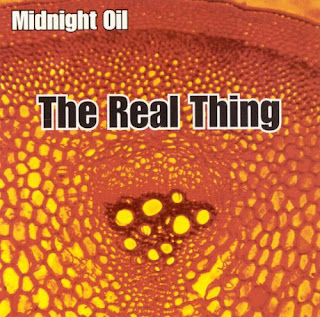 Learn more about Midnight Oil's music at the band's own site, Wikipedia & this fan site
Posted by Rob-in-Brevard