September is Will Rigby month at the blog...

... in case you hadn't noticed.
Will has been a champion of musical discovery via the Internet, going back (I suppose) to his finding a news & discussion group devoted to Bob Dylan (read what he says about this and his song "Leanin' On Bob" in last week's post).

Some time thereafter, Will wrote the bio for The dB's that was published on the band's official site. He's been a strong supporter of this blog since I started it last year. For that reason — and since the guy is also one of the most enjoyable and fascinating musicians I've encountered — I've been wanting to feature him and his music here for some time.

I finally got my chance when the Steve Earle & The Dukes tour came close enough for me to catch them live recently in Asheville, N.C. Not only did I get to see and hear Will do his masterly thing on the drums during the show, he also was gracious enough to sit for an hour-long Q & A, which became the basis for the two-part interview I posted last week and the week before.

This week, I close out Will Rigby Month with two posts. The first is a recent Steve Earle & The Dukes show from Dublin, Ireland. I've enhanced it with two bonus tracks: a cover of The Stones' "Mother's Little Helper", live in London on this tour with Will on backing vocals, and Will's own "Ricky Skaggs Tonite" from a recent show in Canada. Will is the longest-standing (?"longest-sitting"?) drummer that Steve Earle's Dukes has ever had. Give this show a listen, and you'll hear why. 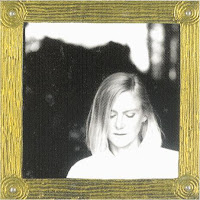 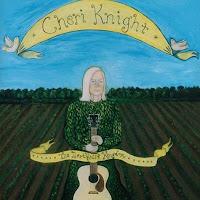 The second post is a multimedia feast of Will Rigby's best/favorite drumming performances, courtesy of the artist himself. I recommend you explore it with the aim of discovering great music. A noteworthy f'rinstance: Cheri Knight's The Northeast Kingdom (produced by Steve Earle), which Will says is one of the all-around best projects he's ever been involved in. I'd never heard of the album or the artist. After giving it just one listen, however, I was very glad to get the tip from Will.

P.S. - On top of everything else, Will also writes the occasional piece about music. His latest appears on Ted Barron's blog Boogie Woogie Flu. It's a remembrance of discovering The Velvet Underground and the peculiar joy of finding an elusive musical grail. Read it HERE.

Email ThisBlogThis!Share to TwitterShare to FacebookShare to Pinterest
Labels: Will Rigby, Will Rigby live