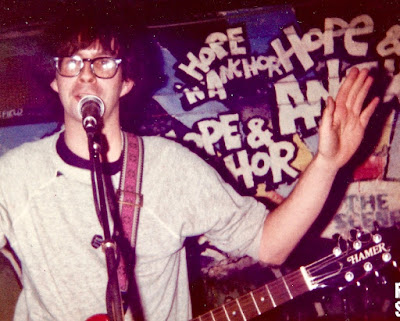 ROB SEZ: It wasn’t hard to pick the first music post for the blog. I’m guessing 1981 was a very cool time to be in The dB’s. The debut album was out, receiving rave reviews, and the band played hip places like The Ritz in NYC and at "The Old Grey Whistle Test" in London. The 1981 Ritz set is one of the few soundboard recordings in The dB’s ROIO canon. You can judge for yourself, of course, but I think the guys are firing on all cylinders. The OGWT tracks are fun to listen to, but even more fun to watch. Find ‘em on YouTube.

BIG THANKS to the original tapers & sharers, especially lilpanda for superior versions of the NYC tracks. I first saw these online at the late, lamented NargoTheBort's Deviant Subculture blog.
FLAC (OGWT tracks = MP3)